Teens making irresponsible hormone driven decisions is nothing new, and thanks to the rapid advances in technology, these decisions are becoming less private. But what happens when these decisions follow them throughout their adult lives? Imagine the following scenario: Your eighteen-year-old son is at a party. He meets a girl who claims to also be eighteen. Later that evening, the girl sends a nude photograph of herself to your son, who decides to share the photo with some friends. The next day, your son learns that the girl he met lied about her age. She’s really sixteen. Just like that, your son is now responsible for distributing child pornography. Mistake of age does not work as a defense for the crime of second-degree exploitation of a minor and if accused, teens can be held liable and sentenced as adults. Sending a sexually explicit picture or message to a peer, could land your child on a sex offender registry for life. 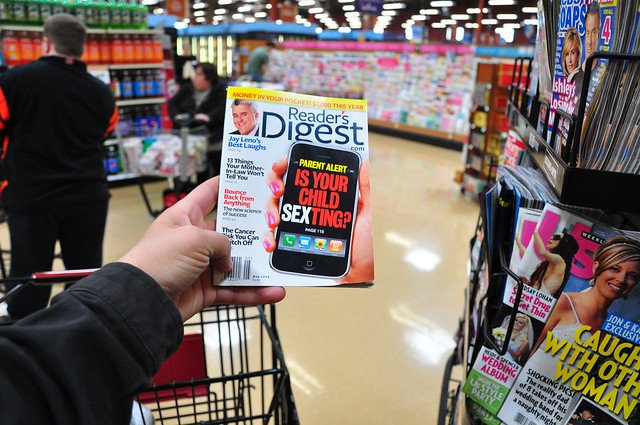 As of July 2013, juveniles in Nevada over the age of 14 adjudicated for sexual offenses must register with local law enforcement officials. The officials may then share the offender’s information with public groups. Juveniles could be subject to registration for twenty-five year to life.

It’s easy to assume that branding a teen for life only happens in the most extreme cases, but the truth is that it happens all too often. For instance, in 2010, a recently-turned-18-year-old Phillip Alpert was placed on Florida’s registered sex offender list. His crime? After an argument with his girlfriend, in the heat of the moment, he sent a naked picture of her to her friends and family. His actions were immature, inappropriate and cruel, yes. But does that warrant being labeled as a sex offender for life?

Both Alpert, the girl involved, and countless other teens have participated in a 21st century trend known as “sexting,” formally defined by the Merriam Webster’s Dictionary in 2012 as “the sending of sexually explicit messages or images by cell phone.” Even more surprising (or perhaps not so surprising) than sexting wheedling its way into legitimacy in our contemporary lexicon, is the fact it’s become the social norm at many High Schools. Twenty percent of teens said they have sexted, according to a 2009 survey by the National Campaign to Prevent Teen & Unplanned Pregnancy. Since then, the number has increased to over 25%.

The problem is that teens are frequently make poor decisions without fully understanding the consequences, and registering them as sex offenders does not necessarily solve the problem. There is much controversy surrounding the issue; Nevada Supreme Court Justice Michael Cherry even wrote a seven page paper stating that Nevada’s policy is unconstitutional. Unfortunately, lawmakers are still unsure of how to address the issue – leaving the courts with no choice but to mete out punishments that to not fit the crimes. In the meantime, it’s a good idea to sit down with your teen and talk about the serious consequences of “sexting.”

What to Do When Someone You Know is Arrested Does Civil Commitment for Sex Offenders Violate Constitutional Rights? Know Your Rights: What’s the Difference Between a Frisk and a Search?