DRIVING WHILE UNDER THE INFLUENCE OF MARIJUANA: WHAT YOU NEED TO KNOW

You may assume that as the home of Sin City, Nevada would be lax with marijuana laws. However, nothing could be further from the truth. Nevada’s marijuana laws are surprisingly strict, despite the widespread weed acceptance happening in nearby Colorado and Washington. Here is everything you should know about driving while high in Nevada. 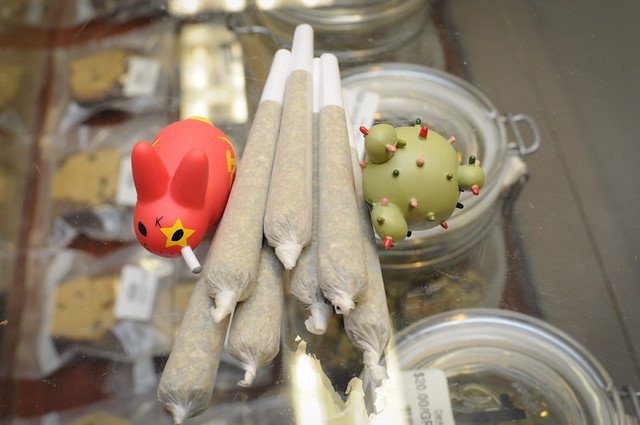 Many people think that driving while high is less serious than driving drunk, but Nevada law treats the two equally harshly. You don’t even need to technically be under the influence of marijuana while driving; it is still possible to be convicted of “Nevada DUI Marijuana” if your urine or blood reveals enough traces of the drug.

It is against the law to drive if:

These definitions make it possible for you to be arrested for “Nevada DUI Marijuana” even if you are not currently high. If the minimum prohibited amount is detected in your urine or blood, the law will consider it “illegal per say” for you to be driving.

You may be pulled over and questioned if a cop spots you driving erratically. Even if you pass a preliminary breath test, the police officer may suspect you of being under the influence of marijuana if:

It is possible that a cop trained in specialized drug recognition evaluation will attempt to discern your pulse, blood pressure, and whether or not you have dry mouth. If marijuana is found on you or in your car, you may also be charged with violating Nevada’s possession of marijuana laws.

All Nevada drivers pulled over on suspicion of DUI are presumed to have offered “implied consent” for a urine and/or blood test. The officer can request up to three blood test samples within five hours of the arrest. Chemical tests determine the amount of THC in your urine or blood, which depends on your tolerance to marijuana, how much you smoked or ingested, and the THC’s concentration.

HAVING YOUR DRIVER’S LICENSE SUSPENDED

If you’re arrested and subjected to a urine or blood test, you may keep your driver’s license until the lab results come back positive for marijuana. If this occurs, the Nevada DMV will notify you by mail that your license will be suspended, and that you have a right to contest this with a Nevada DMV hearing.

Although Nevada’s marijuana laws are notoriously strict, many Las Vegas DUI marijuana charges are reduced or thrown out entirely. The three main defenses a drug crimes attorney may use in your case include:

If you violate Nevada DUI marijuana laws, you will typically be charged with a misdemeanor. However, you will be charged with a felony if the incident caused an accident that resulted in major bodily harm or killed another person, or if you already racked up two DUI convictions within the past seven years.

PENALTIES FOR YOUR FIRST DUI

PENALTIES FOR YOUR SECOND DUI (WITHIN 7 YEARS)

PENALTIES FOR YOUR THIRD DUI (WITHIN 7 YEARS)

PENALTIES FOR DUIS RESULTING IN DEATH OR INJURY

If you have already been convicted of at least three DUIs, you will be charged with Nevada Vehicular Homicide, which carries an incarceration term of 25 years, or life with a parole possibility after 10 years.

Only an experienced drug crimes attorney can determine if the law is on your side. If you or someone you know is in need of a criminal defense attorney in Las Vegas, contact Brian J. Smith today at (702) 380-8248.

How the Government Is Using Cell Phones and Webcams to Spy on Suspects Know Your Rights: What’s the Difference Between a Frisk and Search? Prosecutors Threaten Mandatory Minimums to Extract Guilty Pleas