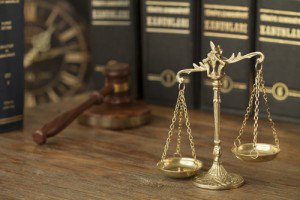 The United States Constitution guarantees certain rights for anyone accused of committing a crime. These rights are specified in the first 10 amendments to the Constitution which are known as the Bill of Rights. When it comes to criminal procedures, the most important of these amendments are the Fourth, Fifth, Sixth and Eighth Amendments.

The Bill of Rights ensures individual liberty by placing constitutional limitations on government power. Over the years, state and federal courts have expanded on the definitions of the rights contained in these amendments, and understanding them is essential when preparing a criminal defense case.

The Fourth Amendment provides Constitutional protection against unreasonable searches and seizures. This amendment was drafted to protect individual liberty by preventing unlawful government intrusion into citizens’ homes without cause. Government agents need to get a warrant before they can enter a house to conduct a search and seize property to be used against a defendant in court.

In order to get a search warrant, government officials, such as law enforcement officers, must present a judge with an affidavit that shows that they have probable cause to believe the subject has committed a crime and that evidence of that crime exists in a specified location. If a judge is convinced that there is probable cause, he will issue a search warrant that allows law enforcement to search the location and seize evidence related to any crimes mentioned in the affidavit.

However, there are a number of exceptions to the search warrant requirement, including cases like when there are “exigent circumstances.” Criminal defense attorneys are experts at challenging the lawfulness of search and seizures of property and persons.

The Fifth Amendment ensures a number of rights relevant to criminal defense cases: The prohibition against double jeopardy, the guarantee of due process, the right to a grand jury and the right against self incrimination.

Most people have heard of the Miranda rights. In Miranda v. Arizona, the United States Supreme Court held that before any custodial interrogation, the police must inform the suspect that they have the right to remain silent and the right to speak to an attorney before any questioning. The suspect must also be advised that if they cannot afford an attorney, one would be appointed. Additionally, a suspect must be told that anything they says can and will be used in court against them.

The Sixth Amendment guarantees criminal defendants the right to be represented by an attorney during the criminal justice process. If they can’t afford an attorney, one must be appointed to represent them.

The Sixth Amendment also guarantees a criminal defendant the right to a speedy trial and the right to be judged by an impartial jury of his peers. And lastly, the Sixth Amendment guarantees the defendant’s right to confront and question witnesses against them. They can also compel witnesses to come to court to testify in their defense. These rights are necessary to ensure that the accused is allowed to present a fair criminal defense.

The Eighth Amendment provides protections against excessive bail being imposed on a criminal defendant. The court cannot require a bail amount that is excessive in relation to the crime alleged.

However, the Eighth Amendment does not guarantee a defendant the right to bail in all cases. In some cases, the court is allowed to refuse a defendant bail altogether. In these cases, the defendant must remain in custody pending trial.

The Eighth Amendment also prohibits a court from imposing cruel and unusual punishment on a convicted criminal. This often comes up in the criminal defense of death penalty cases.

People accused of a crime should not attempt to represent themselves in court. Criminal cases can become very complicated, and there are many exceptions to every constitutional right mentioned. A criminal defense attorney is experienced in interpreting all of the relevant case law and statutory laws. It takes a great deal of experience to present a compelling criminal defense. Anyone accused of a crime should immediately contact an experienced criminal attorney.