Assault and Battery, and Why They’re Separate Crimes in Las Vegas 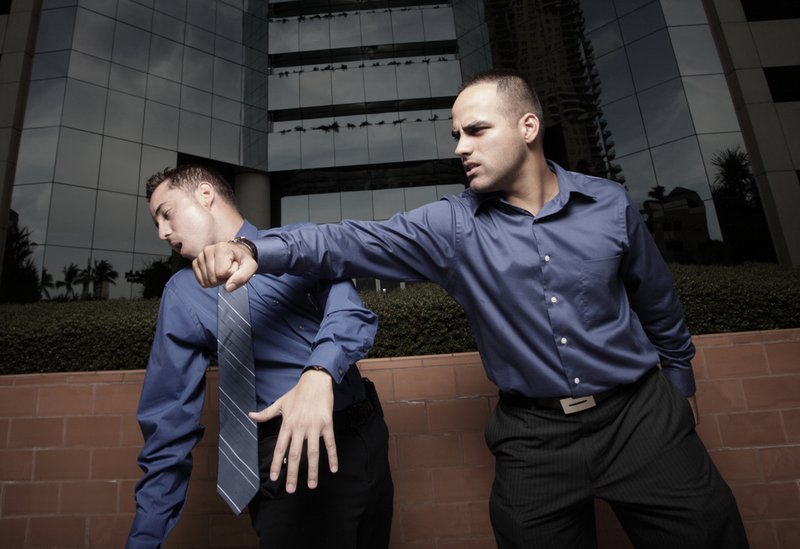 Assault and battery. You hear those terms thrown together like salt and pepper. Or hit and run. Like they’re attached. But legally, the two are related but separate acts. Let’s look closer at how assault and battery are defined in Las Vegas and the state of Nevada.

Assault might not mean what you think it does. If you hear someone shouting, “Help! I’ve just been assaulted!” you expect to see the victim running toward you with a bloody lip, at the very least. But by legal definition, assault is committing an act that makes another person think they’re about to be physically attacked.

In other words, if you scream a threat, make a fist and swing it at someone’s head you’ve committed assault even if your swing misses. Or even if you intended all along to freeze, your fist inches from that other nose just to get a reaction. If that person sees your actions and has reason to logically feel like they are about to be under attack, he or she can press assault charges.

For the action to be battery, that act of assault must be carried through. Physical violence must be committed. Now it’s no longer a threat of action. You actually hit the guy. You acted.

Keep in mind, for battery to be charged, the act of violence must in itself be illegal. So if you see a man attacking a woman and you intercede by rapping him over the head a few times, you have acted in defense of another person and probably won’t be charged with battery.

If you give a person a logical reason to believe you’re about to commit violence upon them, whether it’s because you took a swing with a fist or bat, or you waved a gun under the person’s nose, you’ve just committed assault even if the victim ducks or you change your mind at the last second or never intended to follow through on the threat in the first place.

The other person must simply logically feel to be on the verge of attack.

It’s assault and battery if you not only raise that fist or swing that bat, but you connect with your target—as long at that violent act would be illegal. Not if it’s ruled to be in self-defense, in defense of others or otherwise justified.

Feel free to pick up the phone and call me if you have any other legal questions. I’m here to help.