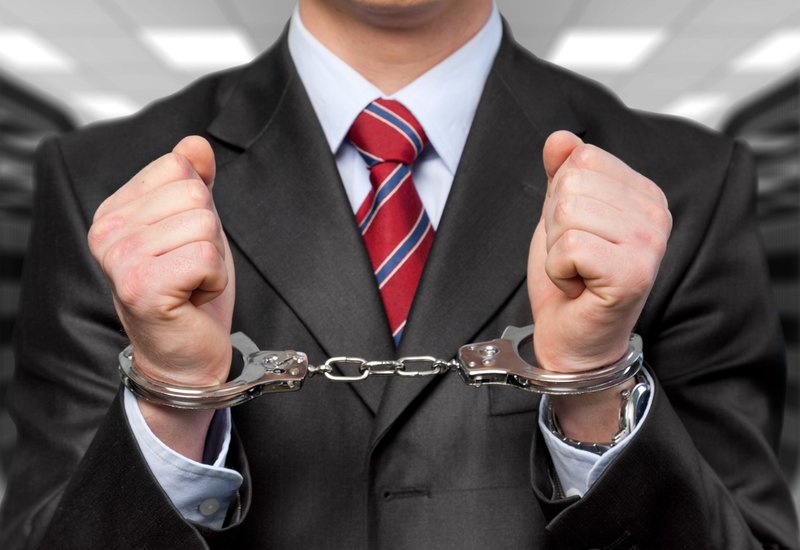 White-collar crimes can be defined as those committed for profit, but without violence. These criminals might be business professionals, politicians, government employees or others of a generally higher social status than the typical lawbreaker.

In Las Vegas white-collar crime takes the same form as in most major cities—with one difference. With its legal gambling reputation, so-called white-collar criminals sometimes come here for a specific reason.

Casino Crimes — With its well-known array of security cameras and plainclothes surveillance protection, it’s a wonder that any crimes are committed in our casinos. In fact, most casino crime is chip grabs, shoplifting and other similarly unimaginative acts. But loan sharks have been known to tempt desperate gamblers, card counters try to cheat at Blackjack and wealthy visitors have been known to use fraudulent techniques to gamble beyond their means.

Art Forgery — Psst… want a Picasso sketch? How about this previously unknown Gauguin landscape? With the city’s wealth, it’s probably not surprising that there are upscale collectors. The vast majority connects with reputable dealers, but art forgery has been a growing crime around the world. Sometimes these unscrupulous dealers recruit painters with a knack for professional-looking fakes. Other times, even the dealers will be fooled by convincing knock-offs.

Tax Evasion — It wasn’t murder, conspiracy or bootlegging that took down the legendary gangster Al Capone. It was tax evasion. The government never forgets.

Computer and Internet Fraud — This is actually the vehicle for a whole range of white-collar crimes and fraudulent activity. Hackers might steal credit card information, commit I.D. theft or set up phony companies, among other offensive actions.

Industrial Espionage — In Las Vegas, most “industry” is entertainment, but the city is also experiencing a tech boom. And what that can mean is that patents, marketing strategies and other closely held secrets could be sold by insiders to the highest bidder, often a competing foreign company or nation.

Embezzlement — This has long been a favorite crime anywhere there are businesses and shady characters with access to company funds. This can often mean bookkeepers, accountants, purchase agents, salespeople and anyone else who can write bad checks, set up phony vendor accounts or pad expenses.

Corporate Fraud — This covers a whole range of white-collar crimes victimizing employees, customers, competitors, vendors or anyone else in the crosshairs of someone with business cards.

Bankruptcy Fraud — This can take many shapes, but it often involves business owners or individuals who declare bankruptcy while hiding assets. Or the debtor might rack up significant charges knowing he or the entity is about to go bankrupt and he’s evading paying for the new purchases.

Ponzi Schemes — One word: Madoff. Actually, Bernie Madoff is just one very famous example of bad guys who get victims to give them money on the pretext of being able to get them fabulously high returns on the “investment.” The schemers recruit more and more people and pay off the early investors so they will enthusiastically help recruit new investors via word of mouth. Eventually the lies pile up and the money runs out.

Bribery – Bribery is paying money, goods or services for illegal favors usually performed by those in power. Politicians can be bribed, as well as business leaders or even lower echelon employees who might have information about the company worth buying.

These are just a few examples of white-collar crimes that people can be charged with both here and elsewhere. Be sure to call an experienced Las Vegas criminal defense attorney if you should be charge with such a crime or any other.