Whatever charge you're facing
I'm on your side 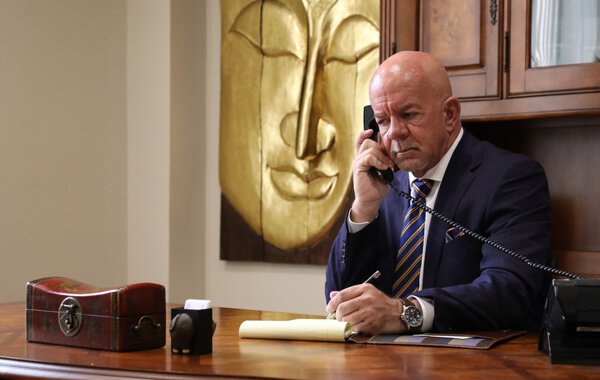 A Little About Your Lawyer

I received my law degree from Fordham University School of Law, and subsequently accepted a position as Assistant District Attorney in Brooklyn, New York. During his tenure as a prosecutor. I successfully prosecuted a wide range of criminal offenses and was assigned to the Domestic Violence Bureau for a significant part of my time with the office.

I went on to establish his own criminal defense practice in Manhattan, where I represented both private and court-appointed defendants in all criminal matters, with an emphasis on drug trafficking and violent felonies. I represented many defendants who were facing life imprisonment in narcotics cases under New York’s Rockefeller drug laws. My impressive win-loss ratio in criminal trials is the result of his experience, knowledge, and tireless preparation, while zealously and passionately advocating for the rights of my clients.

For the second consecutive year, I have been chosen as one of the Top Lawyers in Southern Nevada by VegasInc Magazine. In 2013, I was also awarded a rating of “AV Preeminent” by Martindale-Hubbell, the highest peer review rating a lawyer can receive. In 2014, I was deemed a Top Lawyer in Criminal Defense by KNPR’s Desert Companion.

In addition to my criminal defense practice in Las Vegas, I maintain an office in Bangkok, Thailand where I frequently travel to consult with Thai and American businesses on matters of U.S. law.